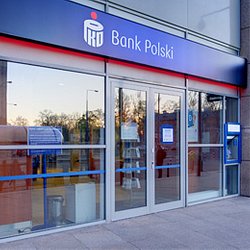 The Financial Supervision Authority (KNF) has unanimously decided that there are no reasons to oppose the take-over of shares in Nordea Bank Polska by PKO Bank Polski. Today’s decision of the KNF has been preceded with the consent to buy shares of Nordea Polska life insurance unit – Towarzystwo Ubezpieczeń na Życie – issued on 25 February. Closing the deal and including the bank, insurance company as well as leasing and factoring company into PKO Bank Polski Capital Group is planned at 1 April, 2014.

Lack of objections from the Financial Supervision Authority is the last legal condition necessary to implement the agreement based on which PKO Bank Polski has acquired a part of Polish assets owned by Scandinavian Nordea Group – Nordea Bank Polska, Nordea TUnŻ and Nordea Finance. In September 2013 PKO Bank Polski received an agreement from the Ukrainian Anti-Monopoly Office, required due to PKO owning Ukrainian subsidiaries. In October 2013, the unconditional approval of the deal was issued by the head of the Office of Competition and Consumer Protection (UOKiK). The investigation carried out by UOKiK has showed that the acquisition planned by the Bank is not going to contribute to restricted competition in the market.

- KNF decision opens the door to implementing the agreement signed in June last year. After the deal is completed, we will focus on efficient integration process. We would like to use the potential of the acquired assets to strengthen the bank’s capital group and to offer new quality on the financial services market – Zbigniew Jagiełło, the Chief Operating Officer at PKO Bank Polski, says.

The acquisition of Nordea Bank Polska will take place as a public share-buy tender for 100 per cent of the bank’s shares (Nordea Bank AB has 99.21 per cent shares and voting rights at GSM). Under the current terms of the pre-announced tender, the deadline to sell Nordea Bank Polska shares expires on 1 April 2014.

The deal will be closed on 1 April 2014. Since then, until the legal merger is completed – which is planned for late September or early October 2014 – Nordea Bank Polska will operate as a separate entity within PKO Bank Polski Capital Group. Both banks will maintain their full independence in terms of services provided and available network of branches. After the legal merger – which will involve taking over Nordea Bank Polska’s total assets and operations by PKO Bank Polski – PKO will become a legal successor of Nordea Bank Polska, while the two former independent institutions will become one single legal entity. It has been planned that within two weeks after the legal merger Nordea brand will be replaced by PKO Bank Polski brand. The integration process will end with an operational merger, meaning merging operations, systems and IT resources of the both companies. The whole process is expected to end in the first half of 2015.

The acquisition of Nordea Finance Polska and Nordea Polska TUnŻ will take place as private deals. The insurance company will remain a separate company within PKO Bank Polski Group operating under the new brand name. The change of the name will take place within three months after the deal is completed. Nordea Finance Polska – a leasing and factoring company – will eventually be merged with PKO Leasing.

Merging Nordea assets with PKO Bank Polski Group will contribute to strengthening the institution as the leading universal bank in Poland and the Central and Eastern Europe. The Bank will confirm its leading position in the retail banking and will enhance its position in corporate banking, especially in servicing international customers. Its network in the largest cities will increase by about 25 per cent, with most branches being in attractive locations. Taking over Nordea Polska TUnŻ will accelerate meeting the Bank’s strategic goals in insurance area, also a part of PKO Bank Polski’s strategy.

***
PKO Bank Polski is the Polish banking sector leader. After three quarters of 2013, PKO Bank Polski Capital Group posted net profit of PLN2.29 billion. The bank is Polish company with the highest value of free-float shares listed on the WSE. PKO Bank Polski was ranked as the third one in Banking Quality 2013 ranking developed by TNS Polska and Puls Biznesu daily. The bank’s Contact Centre, for the fourth consecutive time, was the winner in a cyclical survey of bank hot-lines carried out by ARC Market and Opinion. According to a survey by Marketing Research Centre Indicator and the Warsaw Banking Institute, it has been a bank of the first choice for small and medium-sized companies. PKO Bank Polski’s annual reports are regular winners in The Best Annual Report contest organized by the Accounting and Tax Institute in the Banks and Financial Institutions’ category.  For complying with corporate governance principles and its activity in Corporate Social Responsibility area, PKO Bank Polski was honoured with the Economic Prize of the President of the Republic of Poland. PKO Bank Polski is also a bank with the strongest image in Poland and the prestigious magazine The Banker values PKO Bank Polski brand at USD1.25 billion. In the Most Valuable Polish Brands 2012 ranking by Rzeczpospolita daily, PKO Bank Polski brand proved to be the most valuable one in the finance category – it was valued at PLN3.72 billion. The jury of the contest the Banking World Leaders, organized within the framework of the Polish Economic Congress, awarded PKO Bank Polski with the prize in the 2012 Best Bank and The Most Innovative Bank category for its new offer of School Savings Associations (SKO). In rankings based on students’ opinion, the bank found itself among the best employers in the banking sector. Surveys carried out among students of the best universities in the country by a global company Universum Global and AIESEC have confirmed the bank’s high ranking in this category.