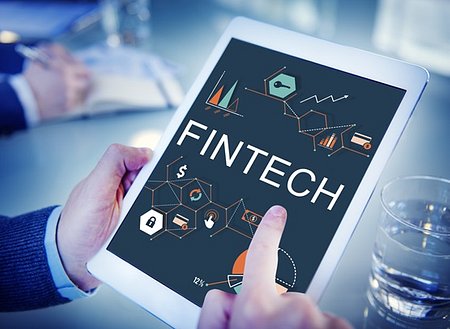 On 26 January this year PKO Bank Polski completed the sales transaction of 100 per cent shares in ZenCard Sp z o.o. The Company was purchased from Venture Capital funds: Experior Venture Fund and SpeedUp Group, from LMS Sp. z o.o. and from ZenCard’s founders. The Bank is interested in use of the company’s know-how and expertise of its founders in development of the solution worked out by ZenCard, and use of the company’s products within the Bank Capital Group. The fact of strategic cooperation with the biggest clearing agent on the Polish market, that is eService, is an essential element increasing the chances of market success of the project.

- With the purchase of ZenCard, PKO Bank Polski is an example of use of the potential of financial start-ups and it is not the first time, when it sets a path for the remaining Polish banks. We not only generate advantages of the Capital Group, but also send a clear signal that Polish start-ups are worth supporting. By means of the acquired technology, PKO Bank Polski will strengthen its relations with customer and also provide entrepreneurs with a state of the art tool to benefit from opportunities given to them by developing digitalisation”  –said MrZbigniew Jagiełło, the President of the Management Board of PKO Bank Polski.
The technology that has an opportunity to change the market
ZenCard is a technological start-up that was established in November 2013. It is a fully digital company that has developed a technologically advanced platform for sellers to create discount and loyalty programmes, which also enables virtualisation of loyalty cards. ZenCard’s essence is to award customers for purchases, but make the process as simple as possible at the same time. The aim of the solution is to make it easier for companies to maintain loyalty programmes and have lower costs of implementation of such types of activities. Thanks to this, loyalty programs may become popular not only in large commercial and service chains, but also among smaller entrepreneurs. This solution will also enable measuring of customer activities and assessing their needs more precisely by companies.
Payment terminal as a marketing and loyalty device
ZenCard has worked out a platform that is integrated with a payment terminal and makes it possible to resign from many different loyalty cards or separate applications uploaded in a mobile phone and replace them with one card that is also a payment card at the same time. The unique feature of the system is acting in the real time, which enables immediate and automatic recording of discounts already at the stage of card and mobile payments. The popularity of loyalty programmes handled by ZenCard will surely be influenced by the ease of joining the programme – participation will be approved with a consent granted via a payment terminal.
Thanks to the strategic cooperation between eService and Zencard, all present and future customers of eService will acquire an access to the state of the art loyalty product that may raise their sales significantly and contribute to popularisation of use of cards. Due to eService’s distribution network including the biggest retail brands, the programmes offered by Zencard will obtain wide coverage and they will be able to develop quickly.
PKO Bank Polski plays the pioneer role again
After the success of IKO application, it is another time when the Bank sets the path for the other Polish banks in the digitalisation process. The purchase of solutions and tools created by ZenCard and their further development together with the founders of the company is an essential element of the Bank’s strategy in the area of customer relation management. On one hand it enables use of new technologies as a tool of support of promotions organized by the Bank. On the other hand, it gives a significant advantage to PKO Bank Polski when attracting SME customers that may receive a standard solution to build the loyalty of their customers and examine their activities. The transaction complies with the Bank’s Strategy, which among the key elements includes digitalisation and development of the business model through investments in selected fintech companies.
***
PKO Bank Polski is the indisputable leader in the Polish banking sector. In the first three quarters of 2016, its consolidated net profit amounted to PLN 2.3 billion, whereas the balance sheet sum reached PLN 275.6 billion. The bank is the basic supplier of financial services for all client segments and has highest share in the deposit market (17.3%) and loans (17.6%), including mortgage loans; every third mortgage loan is granted by PKO Bank Polski and PKO Bank Hipoteczny. Having 7.5 million pay cards, the Bank is the largest issuer of debit and credit cards in Poland with a share in the market on the level of 21%. Thanks to the development of digital tools, including the IKO app, which was already activated over million times, PKO Bank Polski has become the most mobile bank in Poland. The Bank’s strong position is reinforced by companies from the Capital Group. Dom Maklerski (Brokerage House) of PKO Bank Polski is the leader with respect to the number and the value of IPO and SPO transactions at the capital market. After the take-over of Raiffeisen-Leasing Polska, the Capital Group became a leader at the lease market, with a share on the level of 13%. Efficient implementation of growth strategy made PKO Bank Polski the highest positioned domestic financial company in the Forbes Global 2000 ranking, including largest listed companies in the world. In 2016, The Banker monthly magazine that belongs to Financial Times, awarded PKO Bank Polski with the “Bank of the Year in Poland” prize for the third time.