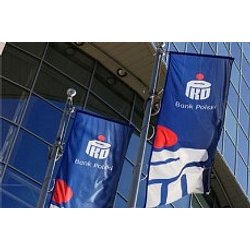 On November 2, PKO Bank Polski, RBI and PKO Leasing S.A. entered into a share purchase agreement related to the sale of 100% shares in RLPL with its 3 subsidiaries by RBI to PKO Leasing for PLN 850m. The closing of the Transaction is subject in particular to the required anti-monopoly clearances being obtained from Polish and Ukrainian antitrust authorities. J.P. Morgan Limited acted as the exclusive financial advisor to PKO BP Group, and Weil, Gotshal & Manges acted as the legal advisor.

Development of PKO BP Group in the SMEs segment
Following the acquisition of RLPL, PKO Bank Polski will strengthen its position in the SME segment and will significantly increase the scale of financing of Polish enterprises.
- PKO Bank Polski is the largest Polish bank in terms of financing of companies, therefore we put a lot of effort in expanding the scope of our corporate offering. Acquisition of a respected player in the Polish leasing market provides us with an opportunity to boost the scale of operations in a way that meets SMEs’ needs and expectations allowing us to support a market segment that is fundamental for stable long-run economic growth in Poland – said Zbigniew Jagiełło, CEO of PKO Bank Polski.
As a part of the Transaction, PKO Bank Polski also agreed to replace the funding provided to RLPL by RBI and other members of RBI’s group. Transaction will be financed from PKO BP’s own funds and will have only a marginal impact on the Bank’s and the Group’s capital ratios. Both sides expect the closing of the transaction to take place by the end of 2016.
After the merger, PKO Leasing will be the undisputed market leader in its segment, with more than 13% market share. Both businesses have highly complementary sales networks and business models. Transaction provides an opportunity to utilise major competitive advantages, complementary business models and operational solutions of both companies. Exchange of know-how and best practices will enable PKO Leasing to significantly increase efficiency of all sales channels.
- Our aim is to maintain extraordinary growth profile of the leasing business. I strongly believe that it will be possible – as a result of the transaction, we will acquire unique sales competencies in the non-banking sales channels as well as excellent IT and operational solutions. By utilising the best features of both organizations, we have a chance to create a great corporate culture, concentrated on the employees’ development, building long-term relationships with customers and creating value for shareholders – emphasizes Jakub Papierski, Vice President of the Management Board supervising Corporate Banking Area and Investment Banking Area.
Dynamic growth of PKO Leasing
In H1 2016 PKO Leasing was the fastest growing company among top 10 leasing players in Poland and reported sales volume of more than PLN 2bn. Annual growth of value of leased assets amounted to 35.3% y-o-y and was almost twice as high as market average, which placed PKO Leasing in the 4th position with 7.1% market share. In the same period, value of assets leased by RLPL reached PLN 1.7bn implying 6.2% market share. The leasing sector in Poland registered double-digit growth in recent quarters. Net asset value financed by leasing in Poland in H1 2016 amounted to PLN 28.1bn implying 17.7% growth y-o-y. In the same period, value of leased assets was 4 times higher than increase in investment and mortgage loans granted to non-financial enterprises (PLN 15bn vs PLN 4bn, respectively). This further demonstrates the significant role of leasing in financing of companies – it constitutes the second most important source of external funding of their operations (after loans).
PKO BP Group provides entrepreneurs with broad, tailor made product offering that addresses client needs at each stage of the business development. Product portfolio dedicated to SMEs includes wide range of working capital and investments loans. PKO BP is also the market leader in granting loans with BGK’s de minimis guarantee. Since March 2013, PKO BP has granted c. 50 thousand guarantees with a total value of over PLN 7.2bn, which means that almost 30% of de minimis guarantees were provided by PKO Bank Polski. Moreover, the Bank provides its clients with numerous alternative financing solutions, both in terms of investment (mostly leasing), as well as working capital (factoring). These two alternative solutions are currently of key importance for SME financing model through bank capital groups.
***
PKO Bank Polski is the undisputed leader of Polish banking sector. In 2015, its consolidated net profit and total assets amounted to PLN 2.6bn and PLN 266.9bn, respectively. Within the last 5 years, assets of the PKO Capital Group increased by PLN 100bn – both as a result of organic growth and acquisition of Nordea Bank Polska – assessed as one of the best conducted transactions in the market. Effective implementation of growth strategy contributed to PKO BP being ranked as #1 among Polish companies in the latest Forbes Global 2000 ranking of publicly traded companies with the highest market capitalization. Bank also has the most valuable trademark in the Polish financial market, value of which is estimated to reach PLN 3.6bn according to Rzeczpospolita newspaper. The Bank has the broadest and frequently awarded product offering on the market. PKO BP is a provider of choice for clients from all market segments, with June 2016 loan and deposit market shares amounting to 17.6% and 17.3%, respectively. PKO BP is the market leader in the municipal sector, with loan financing and municipal bonds market shares amounting to 20% and over 40%, respectively. Due to constantly increasing quality of services, Bank is a regular winner of the ARC Rynek and Opinia’s ranking in the category of the best banking call centres. In 2014, PKO Bank Polski was awarded with The Banker’s (Financial Times group) prize “Bank of the Year in Poland”. The Bank has also won the prestigious competition „Distribution & Marketing Innovation in Retail Financial Services” organized by Efma, in which the project of transforming the mobile application IKO into the market payment standard BLIK was recognized as the best payment services innovation of the year in the world.
J.P.  Morgan  Limited  which is authorised and regulated in the United Kingdom by the Financial Conduct Authority, is  acting  as  financial  adviser  exclusively  for PKO Bank Polski and  no  one  else  in  connection  with  the matters set out in this announcement and will not regard any other person as its client in relation to the  matters  in  this announcement and  will  not  be  responsible  to  anyone  other  than PKO Bank Polski  for providing the protections afforded to clients of J.P. Morgan Limited or its affiliates, nor for providing advice in relation to any matter referred to herein.