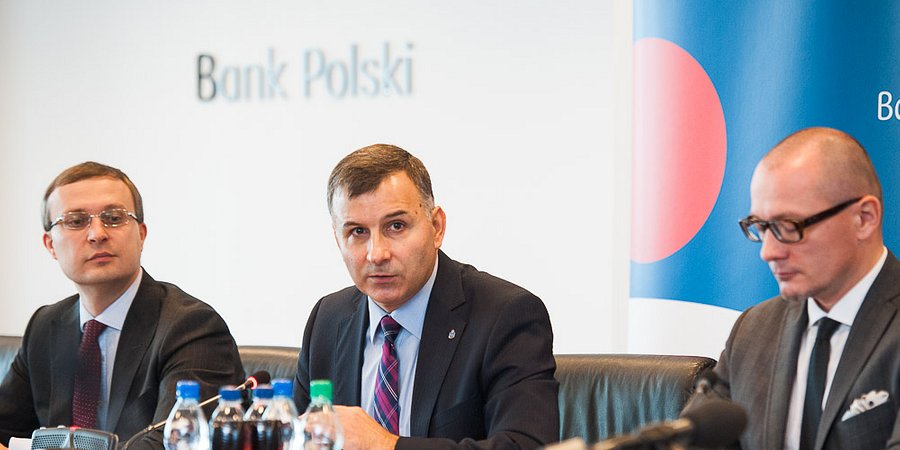 – Stable business growth, high effectiveness, and strong capital position together with excellent cost discipline – all are a result of consistently implemented strategy of the Bank’s Capital Group. Synergies related to ongoing take-overs and alliances, including merging companies from Nordea group and recent alliance with the US-based EVO, as well as implementation of a new bancassurance model, will also contribute to further revenue growth and sustainable competitive advantage – says Zbigniew Jagiełło, CEO of PKO Bank Polski.

In the third quarter, the Bank reported consolidated net profit of PLN754.5 million. Thanks to lower costs of interest resulting from adjusting price offer of deposit products to lower interest rates, the third-quarter net interest income has stabilized at PLN1.58 billion. Fee and commission income exceeded PLN808 million and was by 4.7 percent higher on the quarter, thanks to visible improvement of income on payment cards and bank accounts. Costs of risks, as compared to the previous quarter, declined by 0.06 percentage point, to 1.29 percent.

For a long time PKO Bank Polski Group has shown an excellent cost control, the annual C/I ratio was at 44.1 percent, well below the banking sector’s average, thanks to annual cost reduction by 1.1 percent. This enabled the Bank to maintain high Group’s effectiveness – at the end of the third quarter its ROE was at 13 percent, while its ROA – at 1.6 percent.

The improved result on net provisions in the three quarters of 2013 versus the corresponding period of last year (a decrease by 23.0 per cent on the year) resulted mainly from lower provisions against consumer and housing loans. At the end of the third quarter of 2013, the non-performing loan ratio was at 8.6 per cent, meaning an annual decrease by 0.3 percentage point, mainly thanks to the sale of package sales of bad debts.

The Bank remains the leader on the housing loan market, with high, close to 30 percent market share. In the third quarter of this year, the Bank sold housing loans amounting to PLN2.6 billion, or by 32.7 per cent more on the year. In the third quarter, the sale of loans for small and medium-sized enterprises rose to PLN1.08 billion, or by 25 percent on the year. The third-quarter sale of consumer loans grew to about PLN2 billion; as compared to the last year’s third quarter, it was up by 44.7 percent. More than one half of entrepreneurs who apply for loans under de minimis program get them at PKO Bank Polski. By the end of September, over 10,000 entrepreneurs benefitted from these loans, while the working capital loans exceeded PLN2.2 billion.

In line with “The Best Everyday” strategy, PKO Bank Polski keeps implementing a number of strategic initiatives. Recently, the bank has entered a strategic alliance with EVO Payments International – the leading payment services operator in the United States, Canada and Europe. Under the agreement, the Bank sold 66 percent stake in its subsidiary eService. Pre-tax profit on this deal is estimated at about PLN380 million. The sale will have positive impact on the Bank’s capital ratios.

The Bank also develops its innovative mobile payment services, IKO. So far, almost 85,000 users have activated the IKO application, generating over 190,000 transactions for total amount of almost PLN 50 million. At present, customers make between 1,200 and 1,500 transactions per day using the IKO services (cash withdrawal via telephone, payments via the Internet and at points of sales as well as money transfers to phone number). Within one month, the IKO application was activated by over 7,000 Inteligo customers, which amounts to almost 10 percent of all activations since March.

***
PKO Bank Polski is the Polish banking sector leader. After three quarters of 2013, PKO Bank Polski Capital Group posted net profit of PLN2.29 billion. The bank is Polish company with the highest value of free-float shares listed on the WSE. PKO Bank Polski was ranked as the third one in Banking Quality 2013 ranking developed by TNS Polska and Puls Biznesu daily. The bank’s Contact Centre, for the fourth consecutive time, was the winner in a cyclical survey of bank hot-lines carried out by ARC Market and Opinion. According to a survey by Marketing Research Centre Indicator and the Warsaw Banking Institute, it has been a bank of the first choice for small and medium-sized companies. PKO Bank Polski’s annual reports are regular winners in The Best Annual Report contest organized by the Accounting and Tax Institute in the Banks and Financial Institutions’ category.  For complying with corporate governance principles and its activity in Corporate Social Responsibility area, PKO Bank Polski was honoured with the Economic Prize of the President of the Republic of Poland. PKO Bank Polski is also a bank with the strongest image in Poland and the prestigious magazine The Banker values PKO Bank Polski brand at USD1.25 billion. In the Most Valuable Polish Brands 2012 ranking by Rzeczpospolita daily, PKO Bank Polski brand proved to be the most valuable one in the finance category – it was valued at PLN3.72 billion. The jury of the contest the Banking World Leaders, organized within the framework of the Polish Economic Congress, awarded PKO Bank Polski with the prize in the 2012 Best Bank and The Most Innovative Bank category for its new offer of School Savings Associations (SKO). In rankings based on students’ opinion, the bank found itself among the best employers in the banking sector. Surveys carried out among students of the best universities in the country by a global company Universum Global and AIESEC have confirmed the bank’s high ranking in this category.